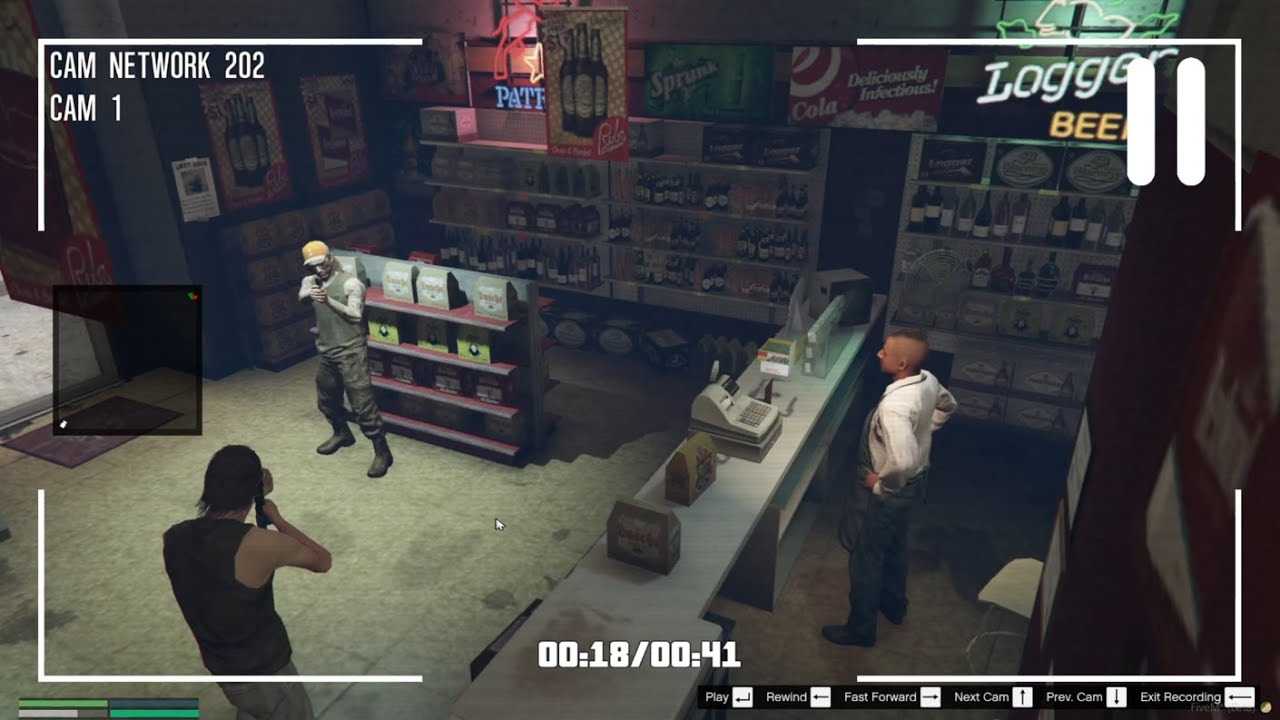 This Camera system can transform how your server's police investigate crime. It allows cops to re-play events at a crime scene long after the crime has happened and criminals are not there anymore.

Police officers can then re-play events that happend at a crime scene and use either the recording itself or screenshots from it to convict or better investigate criminals.

When you take recording from a camera, use `/recordings` to see all recordings that you have on your character. You can store them at police station or give to other players.

Recordings are stored for 7 days by default, across server restarts.

If recording isn't triggered after an action on your server (i.e. heist/robbery), please create a ticket on our discord and we'll assist you in figuring out how to add support for that script.

After adding this script to your server, run command `/camrecalibrate`. This will teleport you around the map and check that all pre-defined cameras exist in your server. This might delete some cameras (like buildings/interiors replaced by addon MLOs).

You can use command `/camadmintool` to register new cameras to the system, such as cameras added in Codewalker or included in MLO interiors on your server.

You need ace permission to run the command, or you can use it from server console as `/camrecalibrate <serverid>` or `/camadmintool <serverid>` High-end casino that offers a wide variety of gambling games and activities for players to take part in. There are plenty of casino games to choose from, including blackjack, poker, roulette, slot machines, and horse races.